What is a CBDC?

Incidents like Terra Luna are motivating countries to develop digital currencies for governments, institutions, and citizens that they can control: CBDCs.

Even though it’s more of a theory, there are already appearing use cases. From the Digital Yuan to the Sand Dollar. This begs the question:

If CBDCs have been around for so long, why aren’t they widely used by now? And why are they on the rise now?

Because of blockchain. But first, what are CBDCs from the investors’ view?

CBDCs are digital currencies issued by Central Banks with the value pegged to the country’s official currency. Out of the 150 around the world, barely 14% of central banks are testing them in 2022. Only a handful of institutions have them in circulation, notably:

CBDCs in development include the Digital Euro, eNaira, eKrona, Project Ubin, and Digital Ruble. Currently, there are no plans for a US CBDC.

Central Banks issue with the goal to make international B2B payments faster, secure, and cheaper. Potentially as private as cash from the peer-to-peer level (as traditionally). There are:

Both are private networks with little to no accessibility:

Other than the purpose, CBDCs may seem no different than stablecoins. One is a payment method for institutions and the others are dollars in crypto format for the use of the masses. And whether CBDCs implement blockchain or not, they are not cryptocurrencies.

Cryptocurrencies are, by definition, decentralized. CBDCs are not. The issuing Central Bank controls everything:

Even USDT is hosted on Ethereum (again, decentralized). It’s unclear how safe collateralized stablecoins are, but unlike Tether, most are algorithmic (arbitrage-based). Meaning that someone with technical understanding could exploit a bug in the code and de-peg the currency. (see SCREAM token  “infinite money glitch”)

CBDCs are centralized to avoid these situations precisely. They’re also trust-based, permissioned, and barely had any use cases in the past decades. Years ago, JP Morgan tried a similar concept, the Quorum private blockchain (only to be sold in 2020).

Neither CBDCs nor stablecoins are 100% secure. However, investors can hedge the risk by investing in sustainable industries. For example, blockchain has created a booming economy for metaverse gaming projects. Users can earn cryptocurrencies by playing on deflationary-design, skill-based video games.

“Gaming projects are probably one of the most sustainable types in any industry, so we wanted to create a project that would allow us to grow a strong community that would be able to influence the whole ecosystem.” – Dan Khomenko, CEO of Sidus Heroes

Knowing the differences, CBDCs won’t replace nor outperform cryptocurrencies. Then why are institutions so interested?

CBDCs have been around for longer than crypto. But now that blockchain technology is more developed, upgraded CBDCs now offer more benefits than before.

Central-Bank-backed currencies are more resilient against cyberattacks, price volatility, and liquidity risk. For example, institutions could use Quorum to integrate Ethereum applications for CBDCs. It’s a private blockchain version optimized for banking.

Stablecoins are ‘safe’ because they’re pegged to regulated, official currencies. What if governments controlled both the CBDC and fiat currency? The CBDC might be more stable than Tether.

In case of mass adoption, it’s unclear how CBDCs may affect other forms of money. Hence why they’re on development on most banks (if they ever release).

As for the cons of CBDCs:

Even the tiniest mistakes are costly in the world of high finance. Blockchain can only do so much for security, especially when the strength is decentralization. CBDCs have a single point of failure.

A Central Bank can quickly stop a security threat but cannot prevent it. Users can still get up to $250K in FDIC insurance in the US.

Only nine countries have launched CBDCs in the past ~30 years. As a permissioned network, the user base is impractically low. And while there seem to be no scalability issues, everyday users have no reason to use them compared to cryptocurrencies and fiat e-money.

The Central Bank not only would control token supply but record every transaction. They would know exactly what’s in every e-wallet and how much anyone transfers. It might be private among users but not from the network provider.

Unlike stablecoins, CBDCs are government-backed. But is it worth giving full control for hypothetical network security?

Private or public, blockchains do improve CBDC efficiency. So while there are only nine live projects, investors should expect news from up to 58 other countries. One use case of blockchain CBDCs is Bakong, the Cambodian CBDC powered by the Hyperledger blockchain.

It’s still early to judge whether CBDCs are viable for governments. Compared to stablecoins, investors may see them as unnecessary. However, most of these are either algorithmic (prone to error) or collateralized tokens. Tether’s 72B token supply isn’t close to the trillions kept on the US Federal Reserve.

What’s guaranteed is that there will be more and more CBDC pilots worldwide. It won’t replace cash, and it won’t outgrow the capitalization of crypto markets. And whether they succeed or not, it moves blockchain currencies closer to becoming legal tender.

The long term outlook on CBDCs is still unclear.

Governments and institutions will have a hard time developing them and encouraging their adoption.

In February 2022, the Canadian government froze the bank accounts of political protestors, disabling their ability to use their money. If CBDCs were widely adopted, the freezing of funds by the central issuer would probably be a common occurrence.

In addition, there needs to be a strong financial incentive to hold CBDCs. For example, USDL and LUSD offer high trustless yield through immutable smart contracts. Will a CBDC be able to compete?

Previous
Crypto Seed Phrases: Not Your Keys Not Your Coins
Next
Complete List of all 19 Ethereum Hard Forks

Disclaimer: Please note that nothing on this website constitutes financial advice. Whilst every effort has been made to ensure that the information provided on this website is accurate, individuals must not rely on this information to make a financial or investment decision. Before making any decision, we strongly recommend you consult a qualified professional who should take into account your specific investment objectives, financial situation and individual needs. 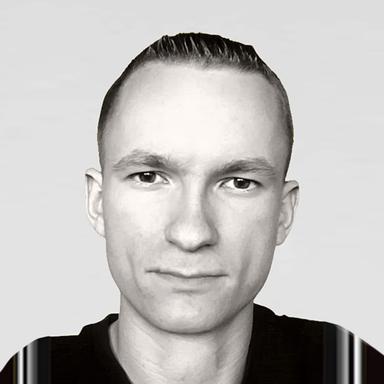 Stay up-to-date with all the latest news from
Liquid Loans.